Cats are great pets to have, if you are not a cat-hater, that is, and we have two (cats not cat-haters), Bubble and Squeak. They are house cats which means that they live inside 24/7 and are not allowed out of the house. This is due to the fact that the road we live on is a very busy one with lots of heavy traffic, 18-wheelers, massive tractors pulling huge trailers, tankers and so on. So despite the fact that we have a 3-acre field out the back, the cats stay inside.

Not much of a problem as we have a large house and the have the run of it.

However, the problem with all indoor cats is the cat litter.

I keep the two litter trays clean as much as possible and as soon as a cat has done a number 2, I scoop it out and dispose of it outside. The litter in the trays is changed regularly, but even so, the cat litter smells and you can smell it through out the house.

I have tried numerous things that you can buy in the supermarkets "guaranteed" to remove cat odours and none of them work.

Since part of my training is as an engineer and I finally decided to fix this once and for all. I bought a shower extractor kit, a charcoal filter, two vent covers and some 70mm hose and came up with the solution shown below. Air is extracted from the trays through two 70mm grilles in the back of the covers. Two hoses then take this air to the filter box where it is sucked through the in-line extractor fan, through the charcoal filter and out of the box through two grilles. The fan is a low-powered, low-noise fan and runs all day with a throughput of about a cubic metre per minute. We don't bother running it at night.

You can't smell the litter even up close to the trays. I've not stuck my nose in to smell it in there, but I expect that it's fairly fresh in there too.

Remember, a happy wife is a happy life. 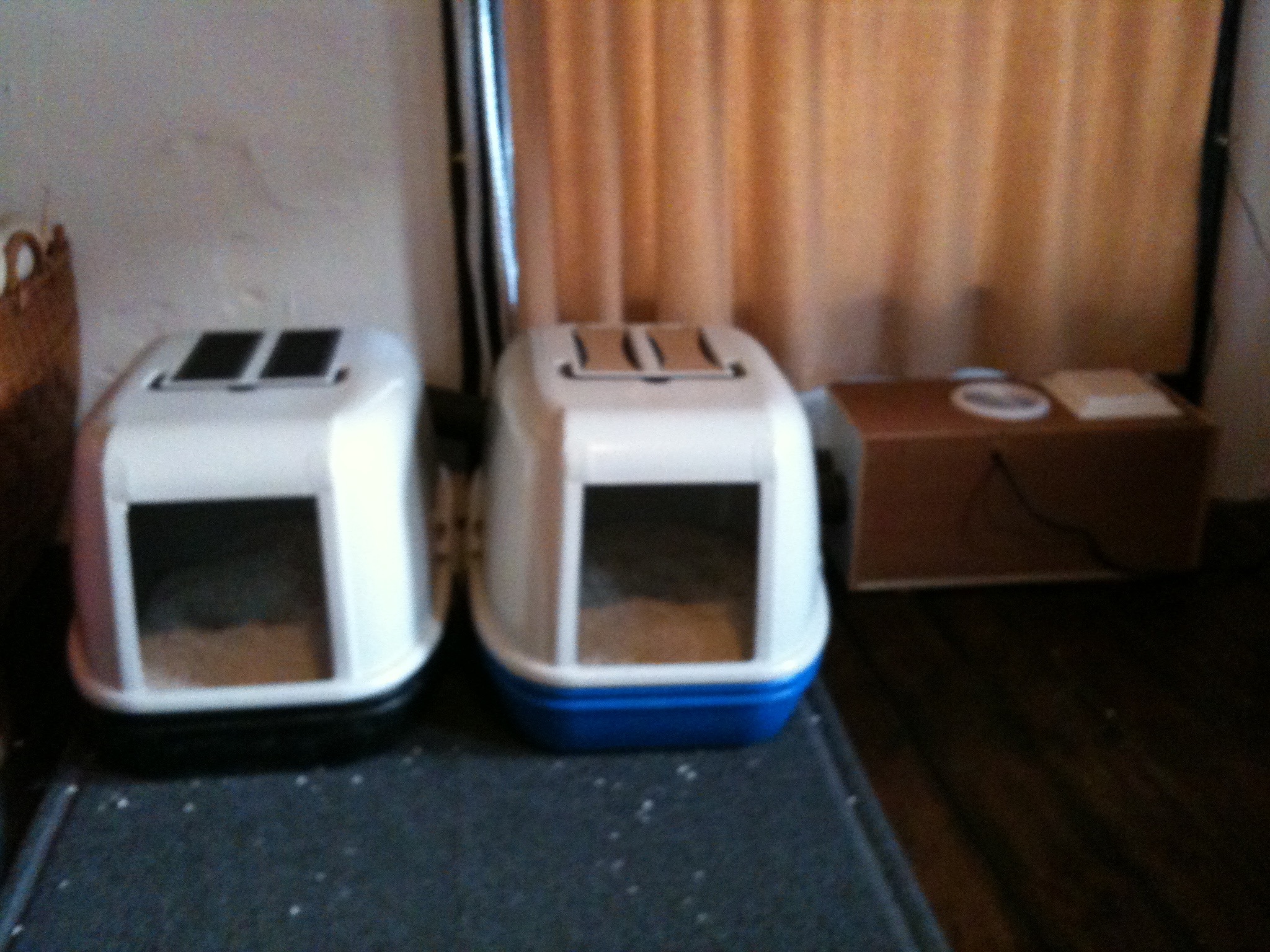 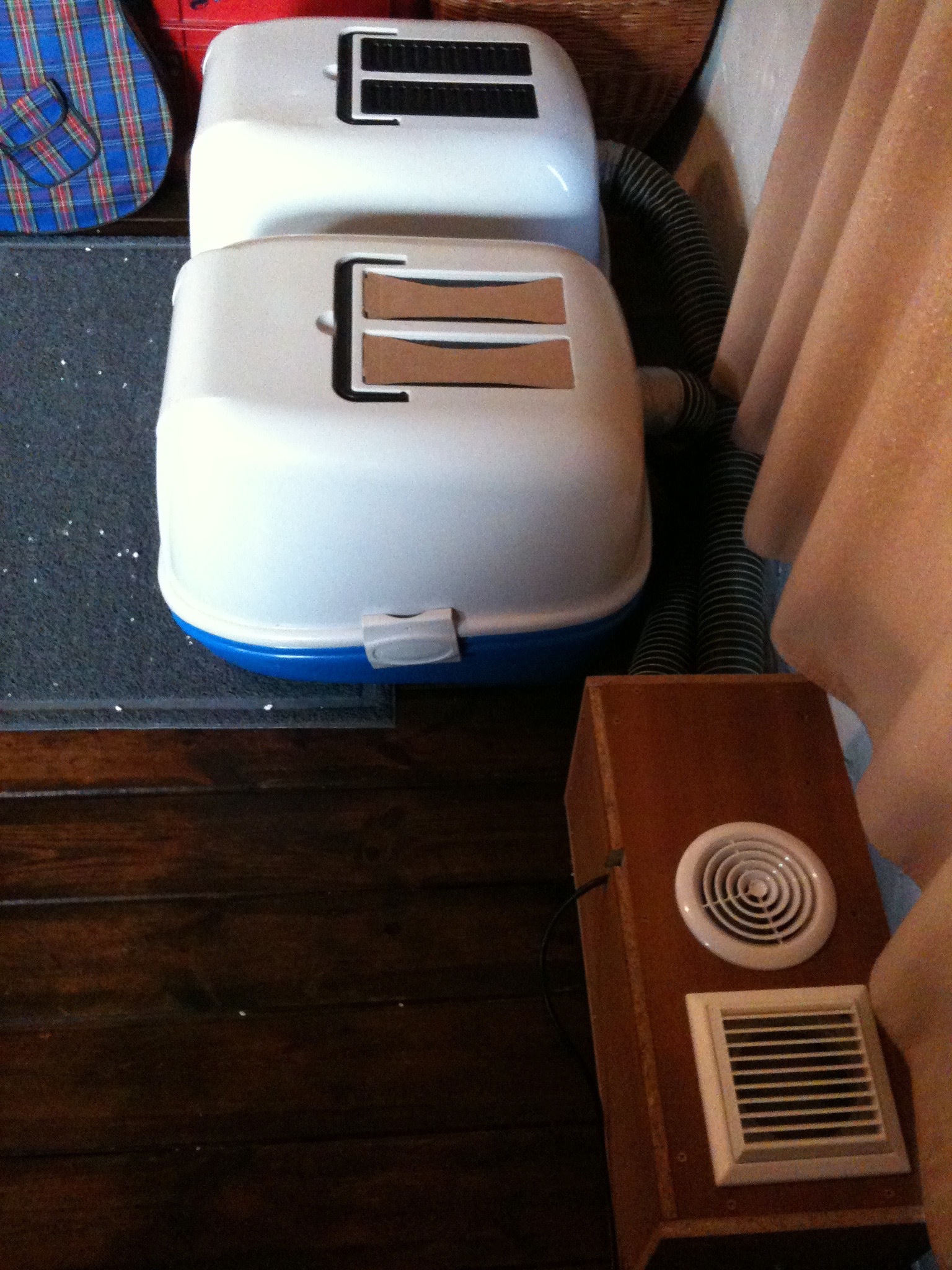 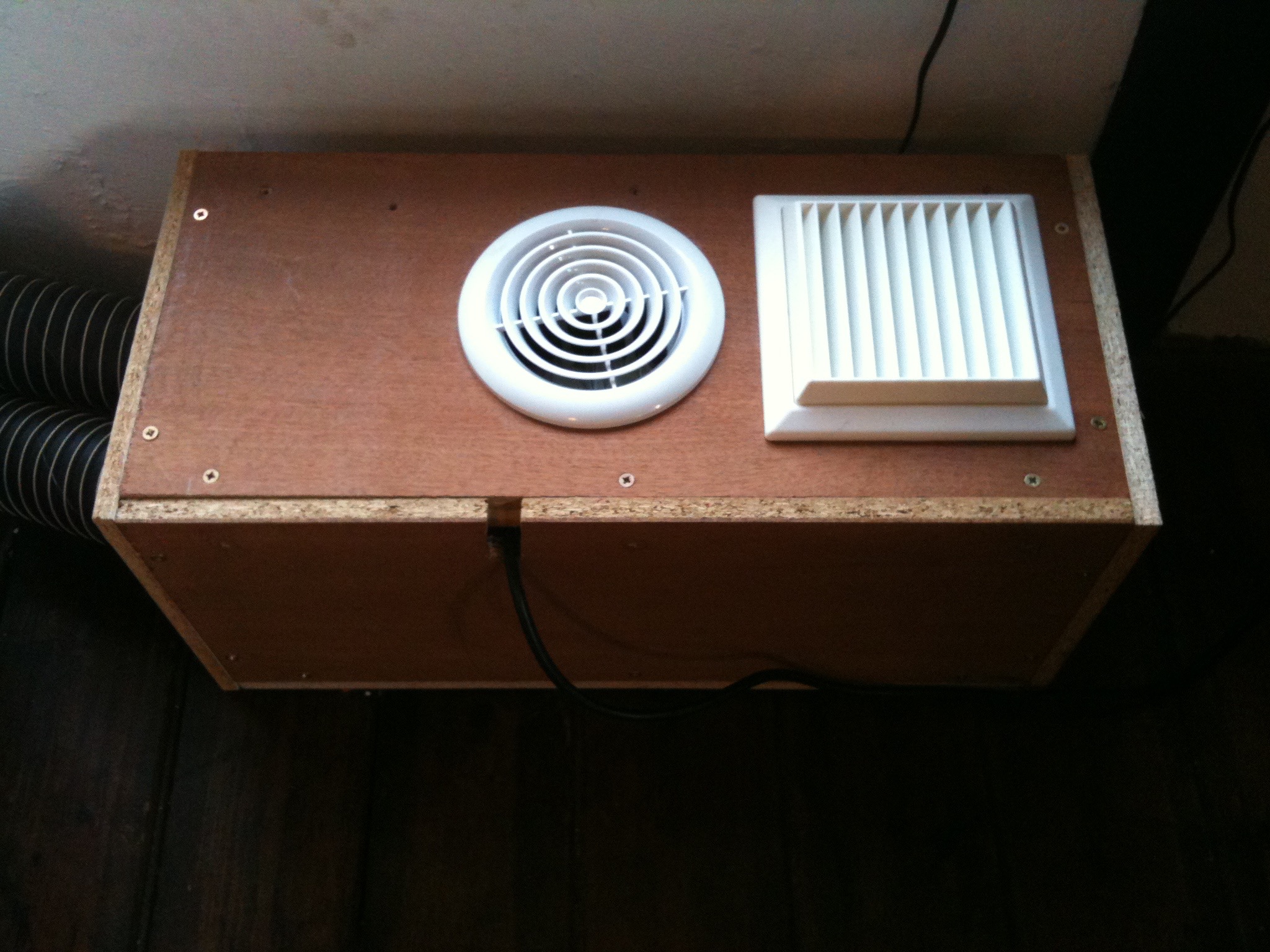 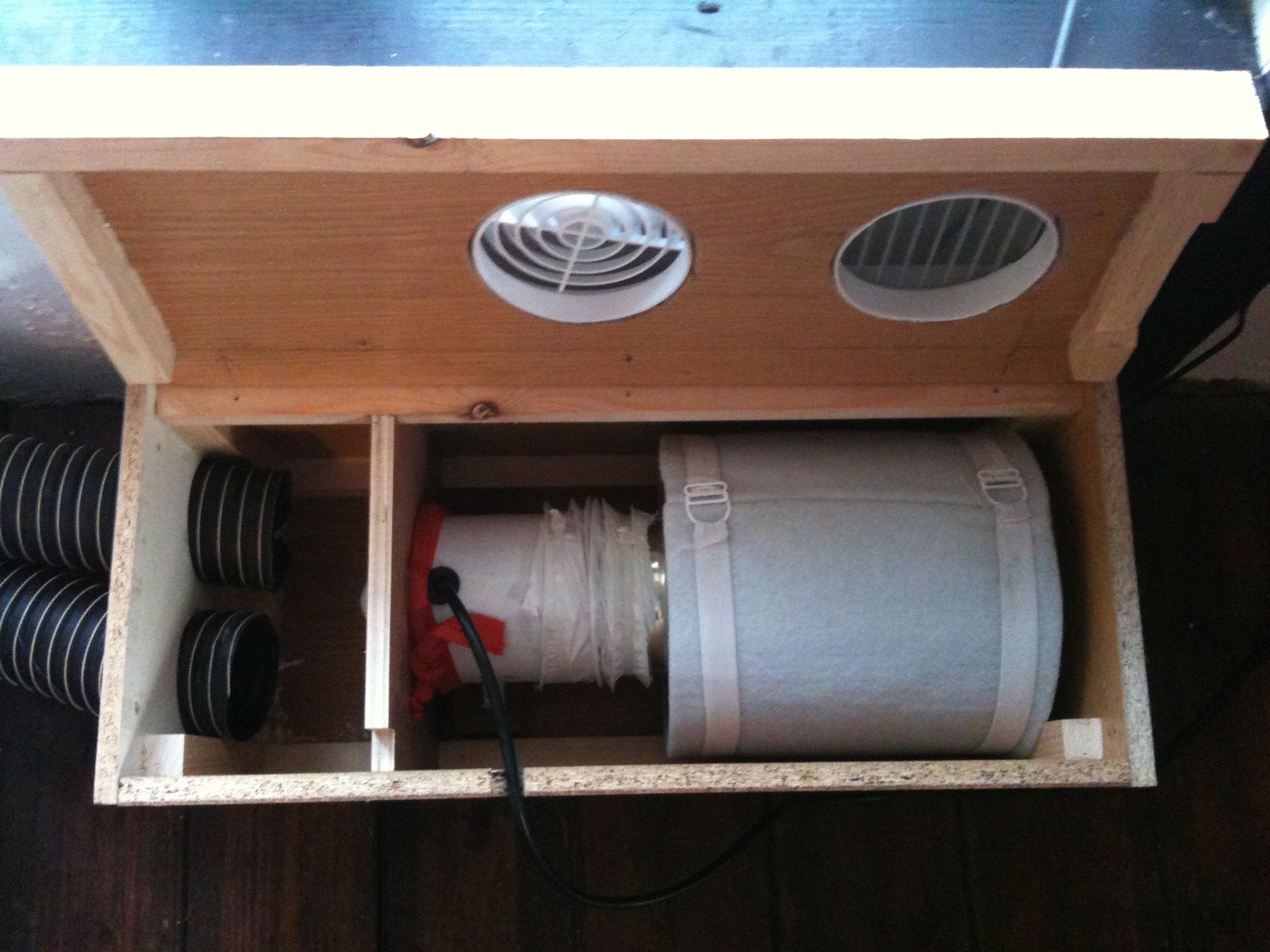